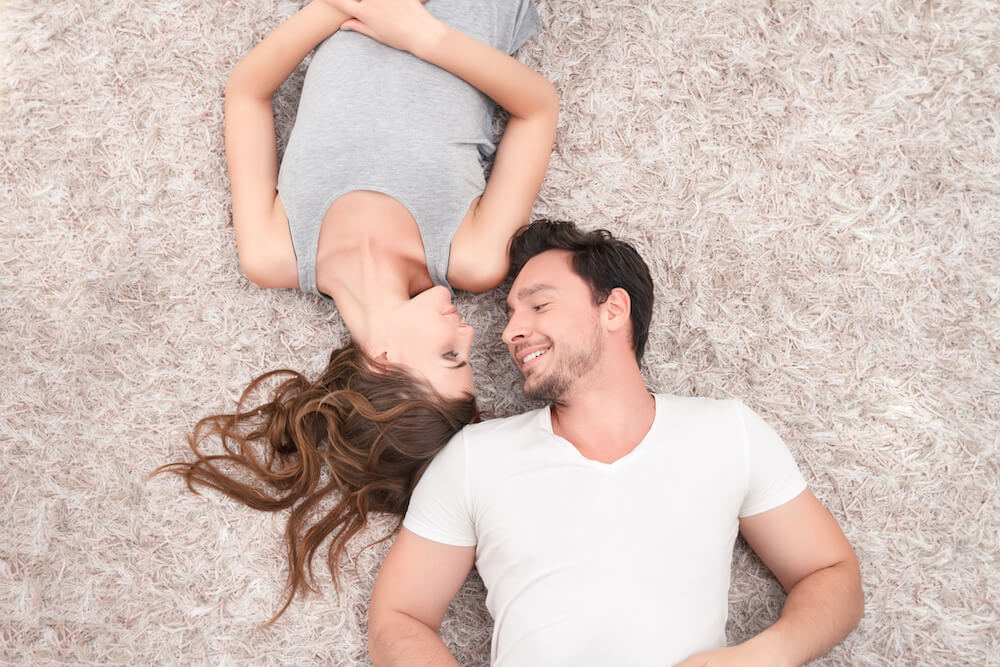 The words “rug” and “carpet” are often used interchangeably, but they are not actually the same thing. While a carpet refers to a covering over the entire floor that is fastened down, a custom rug is commonly a loose floor covering. Humans first began using rugs during the time of the cave dwellers. They were most likely made of animal skin or woven grasses, and were used for sleeping purposes to protect from the hard floor and the elements. Who knows what rugs might have been called back then, and in what language they might have named them!

History doesn’t tell us exactly when rug-making using any form of fabric began, but the Egyptians are credited for adopting wool to weave custom rugs as far back as 3000 BC. Most hand-woven Oriental rugs were made from wool, camel or goat hair, while prayer rugs were woven from silk. Rug-making was known to be widespread around the East, and were brought back to Europe by the Crusaders in the 12th and 13th centuries.

To Pile or Not to Pile

The first rug to be made with a raised surface or pile was found in a tomb in southern Siberia and believed to have been created approximately 400 years BC. It was made with a strong backing of regular weave, with extra threads knotted into it to form the pile. In Europe, the Saracens of southern Spain were making hand-knotted pile custom rugs in the early 1200s, and by the 16th century the Persians were producing luxurious rugs with up to 1,000 knots in a square inch. This was the peak of the rug-making in the East, and the beginning of the Persian rug popularity and claim to fame.

During the 16th century the king of France, Henry IV, imported a group of rug makers from Persia, which is now Iran, and established a rug factory in 1628. They first produced vibrantly-colored rugs based on Oriental designs, which later were replaced by design reflecting the French styles of the time. Named after the small town in central France where they were born, Aubusson tapestry rugs developed a reputation of their own.

By the 18th century, custom rug-making had spread to England, and the power loom was designed by Edmund Cartwright during the industrial revolution. A design similar to the Aubusson became popular and was known as the Wilton weave, also named after the town where it was developed. The development of the loom made modern carpeting possible, and by the mid-19th century most homes in England and Europe preferred plain-colored floor coverings to the Persian-style rugs. Initially, aubergine was considered the most practical color, but this was replaced first by a neutral grey and eventually by the popular and versatile beige.

When tufting became practiced in the mid-20th century, it replaced woven rugs as the preferred carpeting, but high prices limited it to small, accent-style rugs instead of larger ones. The return to hard flooring such as wood, stone, marble and tile make the use of custom rugs an essential aspect of keeping your home or office warm and functional.

Discover our impressive range of custom rugs and turn your home or office into a space you can be proud of.

Need help choosing flooring? Have a question on cost? Not sure what flooring is right for your space? Contact us using the form below and we will be so happy to help!

Find the flooring of your dreams!
Get a Free Quote
© Copyright 2017 Brentwood Flooring America | All Rights Reserved. | Privacy Policy | Sitemap
Back To Top
×